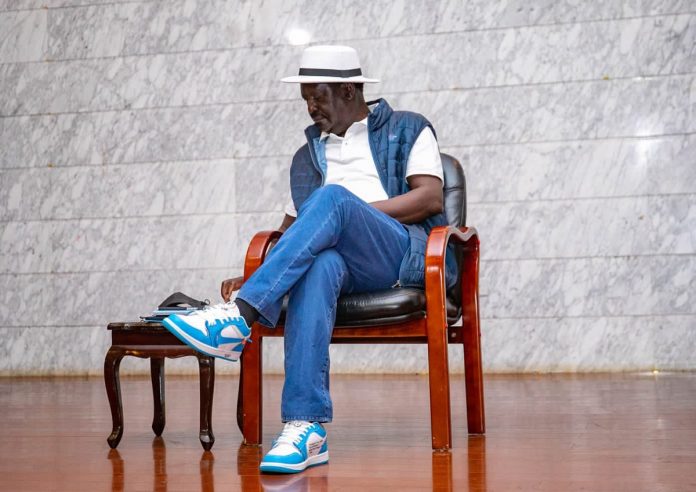 Kenya’s presidential hopeful Raila Odinga has wowed youths with his expensive shoe. During a meeting with the Mt. Kenya Youth Leaders, the former premier appeared wearing a show whose cost is approximated to cost Kshs. 500,000.

Whether he was sending a message or just dressed in a youthful manner, the youths had mixed reactions on the same. While some felt that it was a mere show of fashion, others thought it was a mockery to the poor youths of our nation who need cash to fund their education, or invest in their startup businesses.

During the meeting, the former premier promised to have at least four youths as cabinet secretaries besides a stipend of Kshs. 6000 per month to the poor and unemployed youths.

Radio Air Time Marketing: A New Strategy for the Economy

Social Media Marketing for Franchises is Meant for Women

Eminem – Stronger Than I Was

A WordPress Commenter on Hello world!

Newspaper is your news, entertainment, music fashion website. We provide you with the latest breaking news and videos straight from the entertainment industry.